Lessons From a Day at Court 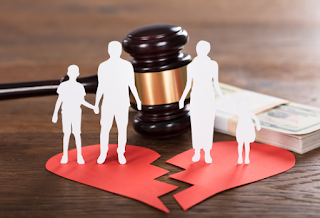 I have heard innumerable people say that the one thing they want the most is to have their "day in court".  They want to spill the beans and tell the truth about everything.  They believe that they will feel better and justice will be served once they have their day in court.

I hear the comments from people who are in slow-moving litigated divorces.  To most of these "day in court" people, the issues are simple and crystal clear, and they are convinced the outcomes must favor them.  No other view is conceivable.

For the people who are anxiously looking forward to their day in court, I would like to share some reality. I recently spent all morning and into the afternoon trying to work out temporary orders on a case.  It was not a unique experience; I have done it many times before.

Here are some observations from that "day in court":

2.  People can become very irritable. Hanging around and negotiating or being in a hearing or just waiting can be very stressful if one or more of the players is upset.
3.  Both sides may be very unhappy with the results.  The other day, I saw both parties after the hearing/negotiations.  They both appeared to have lost everything! Here are some reasons why that can happen.
4.  It's still not over.  Even when you spend a long day at the courthouse, the case is still not finished.
5.  It's expensive.  Think about paying $400 to $800 per hour, or more, for three to five or more hours, for attorneys to be negotiating or in a hearing, or even waiting around to get into court, which is not uncommon.  Can you think of any more efficient or less expensive way to get issues resolved?

Sometimes, you have no choice.  The other side demands a hearing, the Court may schedule a hearing or you may be forced into Court because the other side won't work with you.

Most of time, though, you do have a choice.  At the outset, you should consider using Collaborative Law where you negotiate and agree to not go to court.  Another option if you are in a litigated divorce is to go to mediation which is a great process that is almost always successful. You can also try having the attorneys informally negotiate an agreement.

If you are tempted to want to go to court, think back on these Lessons from a Day at Court.  Having your Day in Court is probably not a good way to get your issues resolved.

Email ThisBlogThis!Share to TwitterShare to FacebookShare to Pinterest
Labels: Your Day in Court