Great Expectations: What Do You Have in Mind? 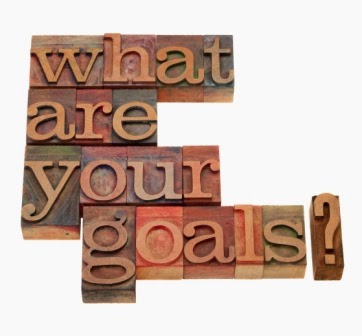 A lot of people contact my office to find out what they can get in a divorce.  That's such a broad question, it's hard to answer.  I normally respond with another question:  What do you want? As a starting point, I think it's better to focus on what's important to you and to not waste time on things you don't care about.

One skill I have learned (one of many, actually) from Collaborative Law is to really focus on my client's needs, interests and goals from the outset.  While some attorneys still prefer to take charge and tell their client what to go after and how to do it, I like to start by finding out what's truly important to my client.  That often involves digging down below the surface to understand why different issue and outcomes may be important.  I don't just make a superficial list.  I work with my client to make sure important and relevant goals are what we are seeking.

Here are some typical approaches we often hear.

1.  For some people, I hear that they want to get the divorce over with as cheaply as possible.  While I believe in handling a case in as cost-efficient a manner as possible, divorces with significant issues involving children or assets are rarely cheap.  Unless both parties are determined to agree on everything and not fight, there will be significant expenses.  There are ways to cut down on some expenses, especially in discovery and in having multiple hearings, but you have to weigh the need for information or court direction versus the cost involved.  In general, you should have discussions with your attorney at the outset and throughout the case about the fees so you are  informed about the amounts being charged and the need for the attorney activities.

2.  In a related vein, clients will sometimes want to get the divorce over with as quickly as possible. That is often a bad idea.  It is usually accompanied by major concessions by the party in a hurry and sometimes shortcuts are taken where discovery isn't fully developed to make the other party confirm some facts or issues.  The result either way is usually the party in a hurry comes out on the short end of the stick.

3. Some people are most interested in getting certain assets or outcomes.  That could be determining that financial support will be necessary for a while post divorce.  It could mean that certain retirement assets are important because the client will not be in a position to build up such an account in the future.  The important issue could be getting as much time with the kids as possible.  When there are significant issues like those, a party should probably not be looking to take a standard solution or just let the Judge decide. If you are in this situation, remember not to tip your hand and let your spouse know how important the issue is to you.  It could put you at a disadvantage in negotiating.

4.  Having a friendly, respectful divorce is very important to some people.  That might lead to using Collaborative Law.  If not, it is still sometimes possible to have a friendly divorce if both parties and the attorneys want to do so.

5.  Some clients want to take a business-like approach to divorce.  They want to cover all the bases and do things right.  They are methodical and not too emotionally involved.  That can be a very good way to proceed, but it's hard to take the emotion out.  If both parties want that approach, it can be very calm and efficient.  If one party is emotional and angry (yes, it happens sometimes!), it makes it hard to deal with everything like a business decision.

6.  Unfortunately, sometimes one party wants to punish the other party.  While there is usually good reason on some level for that attitude, the result is usually delay and a great deal more cost.  It is generally a waste of time and money, but a lot of attorneys won't explain that.  I prefer not to get involved in that approach because it costs the client more, doesn't usually improve the outcome (especially considering the extra attorney's fees involved) and in the end, both parties are unhappy.

7.  Some people will say that they want a certain outcome "as a matter of principle".  They will often say they don't care what the cost is.  Unfortunately, the cost usually becomes a factor and those people end up very upset because of how expensive the divorce has become and how little they got out of the divorce.  It almost never ends happily. When people start talking about principle, they need to pause and think about it and what the principle may cost them.  It's a good discussion to have with their attorney at the outset.

An attorney who tries to control the divorce case often has problems because the attorney makes a number of assumptions which may not match up with the client's needs and expectations.  If you are looking for an attorney, I recommend that you find one who will listen to you and help you define and pursue your specific needs and interests. Listen to the attorney if he/she says your objective may be a bad or costly idea. You will be much happier with the result.

Posted by Dick Price at 6:00 AM No comments:

Email ThisBlogThis!Share to TwitterShare to FacebookShare to Pinterest
Labels: Expectations

Why are Divorce Outcomes Different in "Similar" Cases? 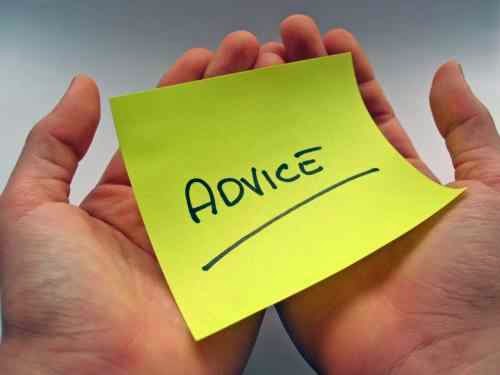 When people go through divorces, they usually turn to family and friends for comfort and support.  That's normally good. However, when family and friends also give advice about how to handle the legal issues, there's usually trouble.  Non-lawyers often find it easy to assume that what is true in one person's divorce will also be true in their divorce. And that's usually NOT true!

If you are going through, or are about to go through, a divorce and you are hearing "legal" advice from family and friends, here are some reasons why the advice will probably be wrong.

1.  Beause the facts and circumstances were probably different from your situation.  Some factors that may influence the outcome include:

There are many other possible facts and circumstances that vary from case to case which will affect the outcomes.

2.  Being in a different court, with a different Judge, may mean a difference in which issues are important.  For example, some Judges will overlook adultery, while others make it a central, determinative issue that greatly affects the division of property.  Each Judge has different hot buttons and focuses on different issues.

4.  Lack of money can also determine the outcome.  While Judges try to equalize the funds for attorneys usually, it doesn't always work out that way.  Usually the deeper pockets will be able to come out better.

5. Different attorneys approach things differently.  Two attorneys, like Judges, will often see the same case with different issues and outcomes.  One attorney may try to max out the recovery while a different attorney will focus on getting a reasonable amount of assets without breaking the bank or without causing damage to family relationships.

There are always 2 or 3 or a dozen ways to handle a given case.  Don't assume that your case will come out a certain based on how a "similar" case you heard about was resolved.

Instead, hire an attorney you are comfortable with and come to an understanding about how you will approach the case, and then work to stay on target.  Come up with your own plan instead of assuming that the result is predetermined!

Posted by Dick Price at 5:07 PM No comments: