Want to be Divorced by the End of the Year? 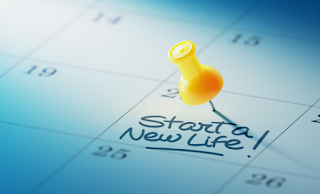 About this time of the year, some people finally decide that the time has arrived to end their marriage.  Some people want to put off change until after the holidays, but others prefer to end things quickly and cleanly.  They want to get on with their lives.

If you find yourself thinking of how nice it would be to be free before January 1, here are some things to keep in mind.

1.  You really need to file for divorce by October 15.  The main reason is there is a 60-day waiting period required by law.  That means the earliest you could be divorced would be around December 15, if you filed by October 15. That assumes everything goes smoothly.

2.  Don't make it a surprise.  If you suddenly surprise your spouse with an announcement that "It's all over", don't assume it will be warmly received.  You should expect resistance and foot-dragging, unless your spouse has been harboring similar thoughts.  It is likely that you would be better off having discussions with your spouse early on and breaking the news gently.  A surprise could cause an angry, completely uncooperative response.  This surprise announcement rarely goes well.

3.  Have an agreement.  You need to be cooperative and compromise.  Often the cost of a quick agreement is major concessions.  Make sure you think the cost to you is worth the rush to finish before the end of the year.  If you later have second thoughts after the Judge has signed your Divorce Decree, you probably can't undo the terms of the property settlement.  If you don't have an agreement, you won't be divorced by the end of the year.

How To Do It:  Go see a lawyer and learn about your options.  If you have a fairly uncomplicated situation and you are flexible on some issues, you may be able to finish by the end of the year.  Your plan probably won't work, however, if your spouse is surprised, angry or in shock.  Plan ahead and play fair.

Finally, a word of caution:  If you are in a rush to divorce so you can remarry, you better think twice or three times.  Rebound marriages usually don't work, especially if they happen before the ink is dry on the Divorce Decree.  Slow down and live!

Posted by Dick Price at 4:08 PM No comments:

Email ThisBlogThis!Share to TwitterShare to FacebookShare to Pinterest
Labels: Getting Started Divorce

10 Tips for Going to Court


If you are in a traditionally litigated divorce, you almost inevitably will end up in Court for a hearing.  Here are some quick reminders of what you should do.

1.  Dress appropriately.  Business or church type clothing will work. Shorts won't get in the door.  Very casual makes a bad impression on the Judge.  Dress nicely.  Don't show a lot of bling.

2.  Be on time.  They might start without you or they might cancel the hearing, or the Judge could penalize you, if you're late.  Leave home early so you can get to Court on time.  Don't be surprised if there are traffic jams or accidents at rush hour.


4.  Be reasonable -- even if your spouse isn't.  Think long term and remember the value in getting the case resolved instead of getting caught up in a long Court battle.

5.  Don't volunteer information.  Just answer questions directly and briefly. Volunteering information almost always leads to trouble. The Judge and attorneys may view things differently than you do, and that may mean trouble for you if you say the wrong things.

7.  Control your emotions.  Don't show anger and don't get a big grin if you think you won something.  Stay calm and let the Judge and attorneys manage things.

8.  Expect delays and resets.  It's very common for the Court to move slowly through the cases.  Everyone takes longer than they say they will.  Cases get reset all the time for lots of different reasons.  Don't be surprised or get angry if there are delays and the case gets reset until later.

9.  Don't expect a scene from a TV show or a movie.  They aren't realistic.  Pay attention to what your attorney tells you.

If you will follow these suggestions, your date in Court should be a lot more comfortable!

Posted by Dick Price at 3:56 PM No comments: